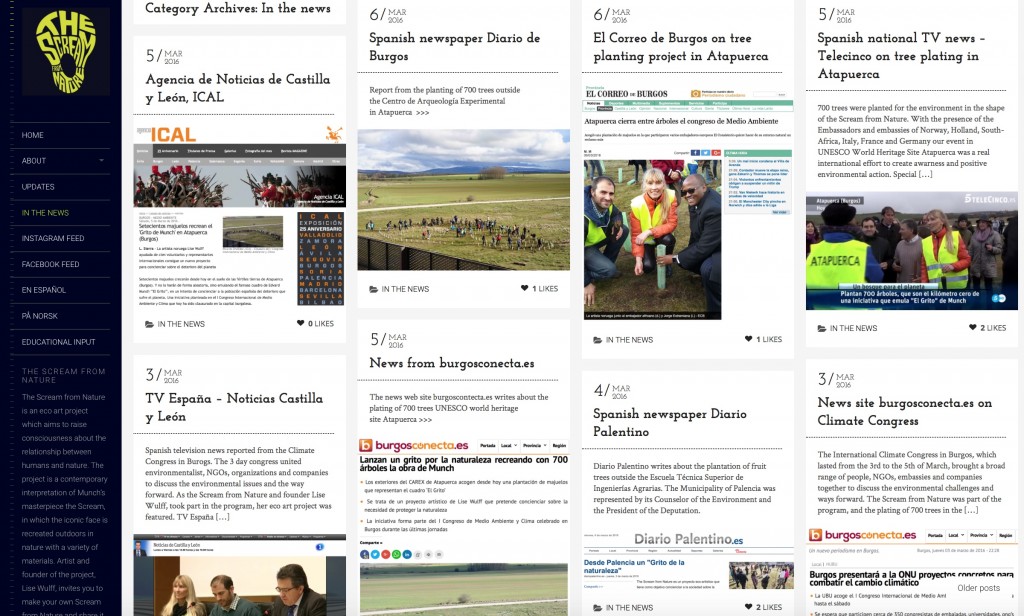 The Scream from Nature is an eco art project which aims to raise consciousness about the relationship between humans and nature. The project is a contemporary interpretation of Edvard Munch’s masterpiece the Scream, in which the iconic anxiety-ridden face is recreated outdoors in nature, with a variety of materials. 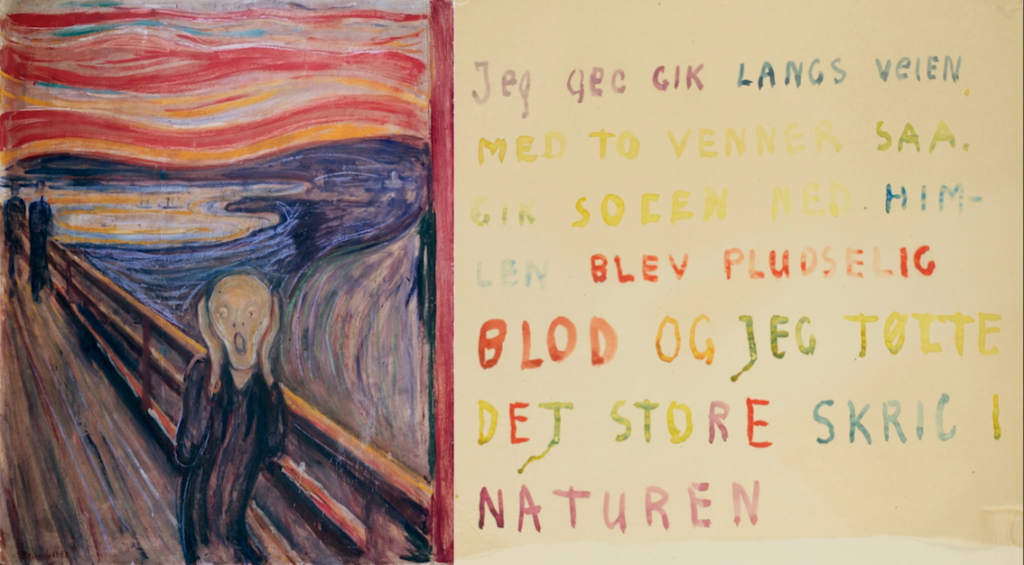 Munch wrote several texts about the Scream motif, the most poignant among these being: “I felt a huge unending scream course through nature”. Now, over 100 years later, we hear another ”scream” from nature: droughts, forest fires, floods, earth slides, extreme weather, melting glaciers, rising ocean levels and mass-extinction of animal and plant species are just some of the challenges the world faces today.

Still, the project invites to positive thinking, focusing on what each and every one of us can contribute with: Like recycling, sustainable consumption – and making Screams from Nature to create awareness.

Outside the Centro de Arqueología Experimental in Atapuerca, Spain, 700 trees have been planted with the help of some hundred people. 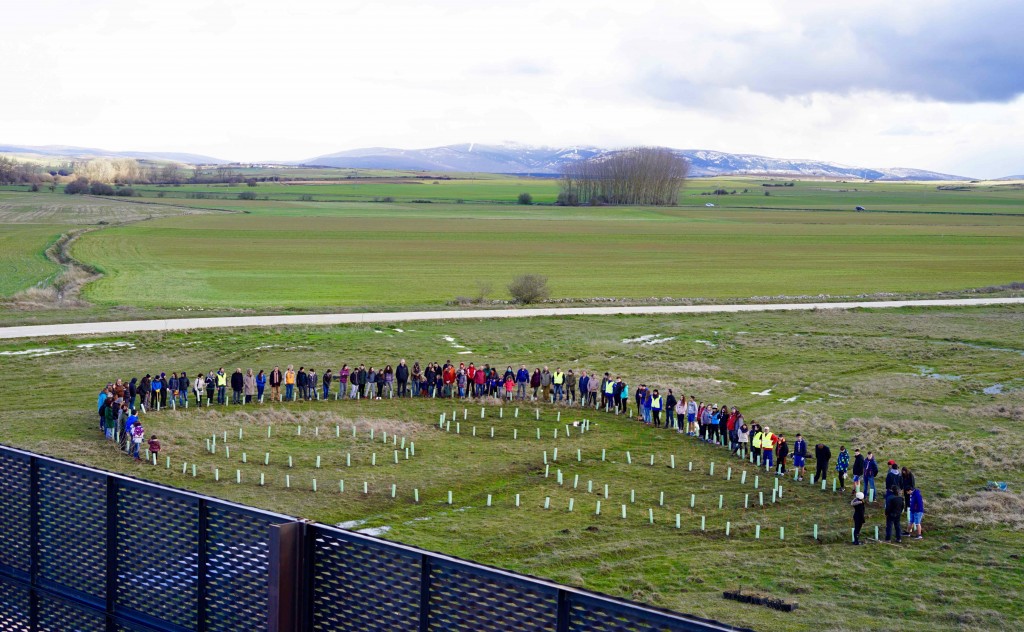 With the presence of the Embassadors and embassies of Norway, Holland, South-Africa, Italy, France and Germany our event in UNESCO World Heritage Site Atapuerca was a real international effort to create awarness and positive environmental action.

During the first years, each tree will be protected with tubes. When the tubes are removed, we will follow the growth of the Scream, and the seasonal changes of the trees. Majuelos – the Spanish name of the trees – have small, white spring blossoms and red berries, autumn colored leaves, and plain branches at winter time. I am very much looking forward to following the development of this Scream from Nature!

Lise Wulff, founder of the Scream from Nature

The Center of Experimental Archeology is the visitor center of the Museum of Human Evolution in Burgos, related to the findings of the Sierra de Atapuerca excavation site, with some 40.000 visitors every year.